Anselm Kiefer is known to be one of the most important contemporary artists nationwide as well as worldwide. From 7, October 2011 to 15, January 2012, selected works by Kiefer from the Grothe collection can be seen at the Museum Frieder Burda. The curator Walter Smerling has selected 33 large format pictures from 30 years, focussing on the decade 2000. For the first time, the work ”Essence“ from the current series of alpine landscapes will be publicly exhibited. From the collection Frieder Burda, the work „Böhmen liegt am Meer“ from 1995 is shown.

The focus of the exhibition is on the monumental picture „Der fruchtbare Halbmond“ (460 x 760 cm), a work from the year 2009. It refers to the consolidation of the occident and orient and will be exhibited in Germany for the first time. Kiefer’s theme is the tower of Babel and the cradle of our culture, situated in the fertile Mesopotamia. The tower divided religions and languages, but Kiefer believes in the originally uniting aspects: the foundations are no longer simply destroyed, but also under construction. The former power of the fertile land can be regenerated, the solidarity of the different cultures becomes possible. 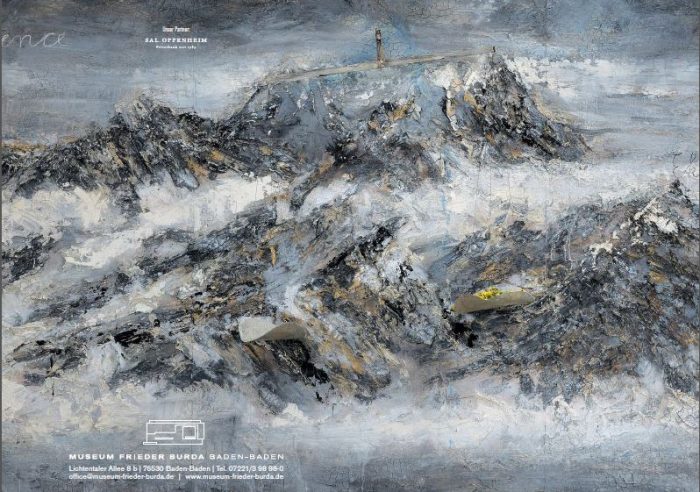