At our invitation Gilbert & George paid a visit to Berlin’s St. Matthew Church On December 2, 2016 to prepare their contribution to Luther and the Avant-Garde .

They are planning to exhibit a massive group of their extraordinary SCAPEGOATING PICTURES, whose central themes are war, religious and human conflict. Famous for their provocative actions and images, Gilbert & George have, as “living sculptures”, adopted a resolutely anti/proclerical and a moral but anti-moralistic stance since the 1960s.

“The participation of Gilbert & George will initiate a radical examination and discussion on the reformist ideas of Luther, who is hailed as a visionary and avantgardist of his time”, comments Walter Smerling, Chairman of the Foundation for Art and Culture and Chairman of the Curatorial Committee. “Their artistic focus on themes such as life and death, sex, violence and power could not be more appositely presented than in a church setting. The attitude of artists today, in a world in which concepts such as plurality, democracy, freedom and equality are under growing scrutiny, is more crucial to our society than ever before.” 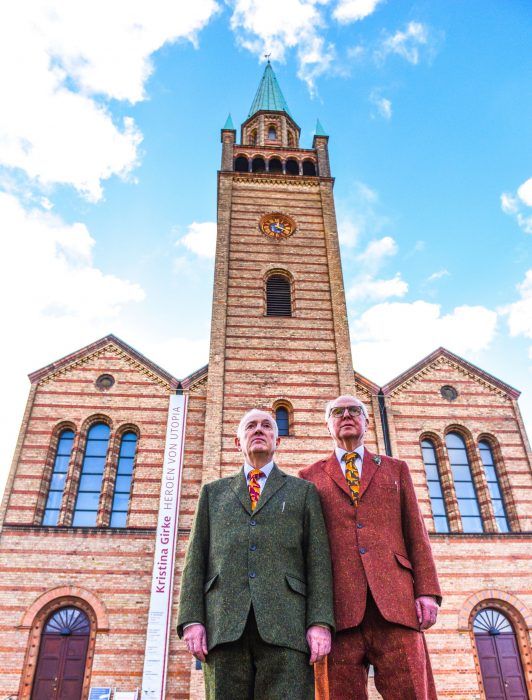 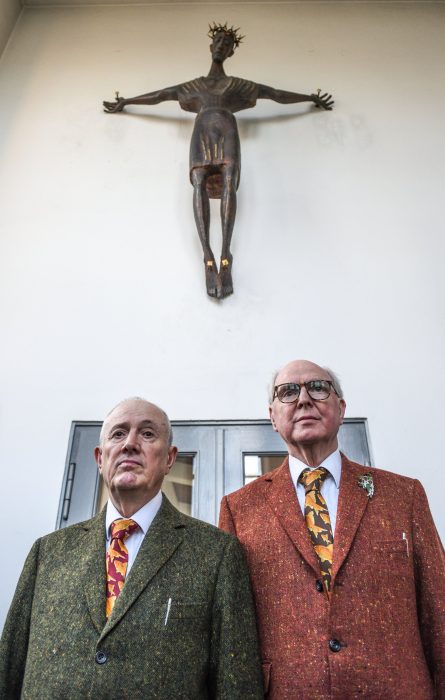