Coal and steel have shaped the Ruhr region of Germany – just as they have the work of the French artist Bernar Venet (*1941). A floor sculpture made of coal from 1963 marks the beginning of his career, and subsequently steel sculptures came to characterise his oeuvre from the 1980s to the present day. From 9 September to 28 October 2007, the MKM is mounting the exhibition “Bernar Venet. Order and Chance“, which to date is the most comprehensive retrospective of the artist’s work ever held in Germany.

As part of the inauguration of the exhibition at the MKM on 8 September at 7.30 pm, the artist will be staging his performance piece “Accident“, in which an orderly row of steel bars propped up against a wall is made to collapse – order and chance.

Together the artist and the curator Susanne Kleine have selected some 35 works – photographs, drawings, installations and sculptures, including some large-scale works and entire rooms. Affording a revealing insight into Bernar Venet’s output, they also enable the visitor to trace his consistent intellectual development. To describe him as a sculptor would do Venet an injustice, as he is essentially a conceptual artist. Over the years, he has continually sought the ideal forms of expression in his aspiration to reduce his art to the essentials. At the same time, the significance of content has become eclipsed by that of the structures. 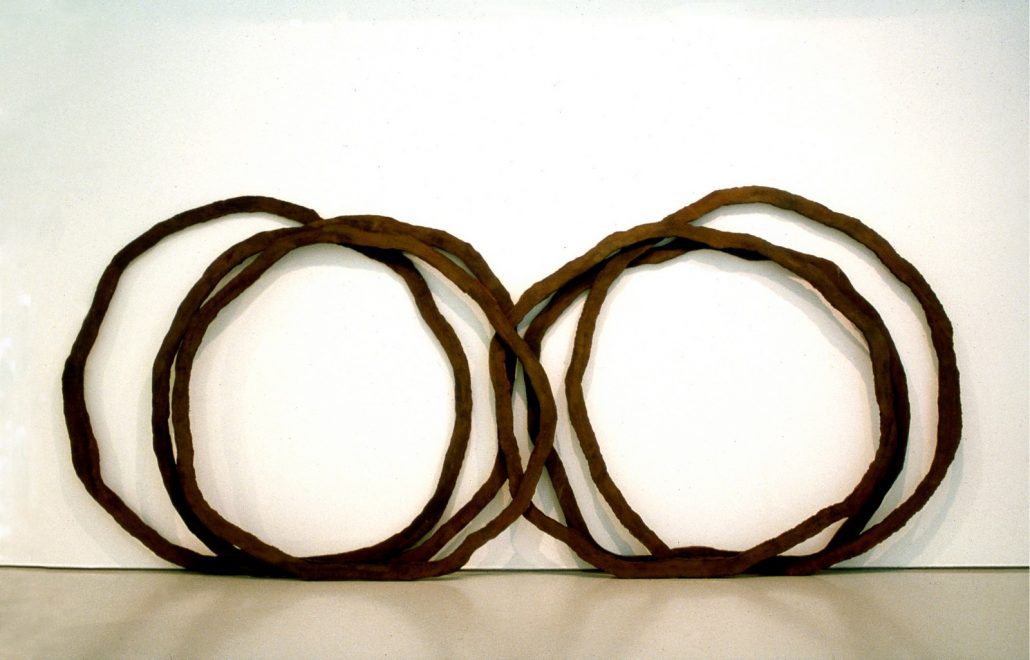