Sculpture project on the Kapitelplatz and Toscaninihof, Salzburg

For his contribution to the Salzburg Art Project, Balkenhol has created not one but two sculptures, which hold their own as autonomous works of art at their respective sites while establishing thought-provoking links with the Old Town. A man standing on a sphere and a woman in a rock face, the former sculpture prominent without being overdramatic, the latter exuding great tranquillity yet equally compelling. The artist draws the viewer’s eye to two different aspects of his capacity for sculptural expression.

Balkenhol has succeeded in infusing figurative sculpture with fresh life by leaving it open to a great range of interpretation. His sculptures appear to reflect everyday reality, their attire, attributes, and poses seemingly clearly identifiable. Yet these outwardly emotionless figures have a strangely enigmatic, anonymous, and fictitious aspect. They move along the thin line between recognition and doubt, proximity and distance – and this is precisely what makes them so fascinating to the viewer.

The sculpture “Sphaera,” on Kapitelplatz, is about nine meters in height, including the pedestal. It represents a male figure standing in a relaxed pose on a golden sphere. Black trousers, white shirt, neutral attitude and expression – this man might be a nodding acquaintance, or he might be everyman. The same neutrality characterizes Balkenhol’s about 140 cm-tall female counterpart, “Woman in the Rock,” inserted in the rock face on Toscaninihof. Neither figure tells us its story, being first and foremost what meets the eye: a larger-than-life man on a sphere and a smaller-than-life woman in a rock face. Whether or not there is more behind them – an art historical quotation, a religious or political commentary – is a question the artist purposely leaves open. This is where we as viewers come in. 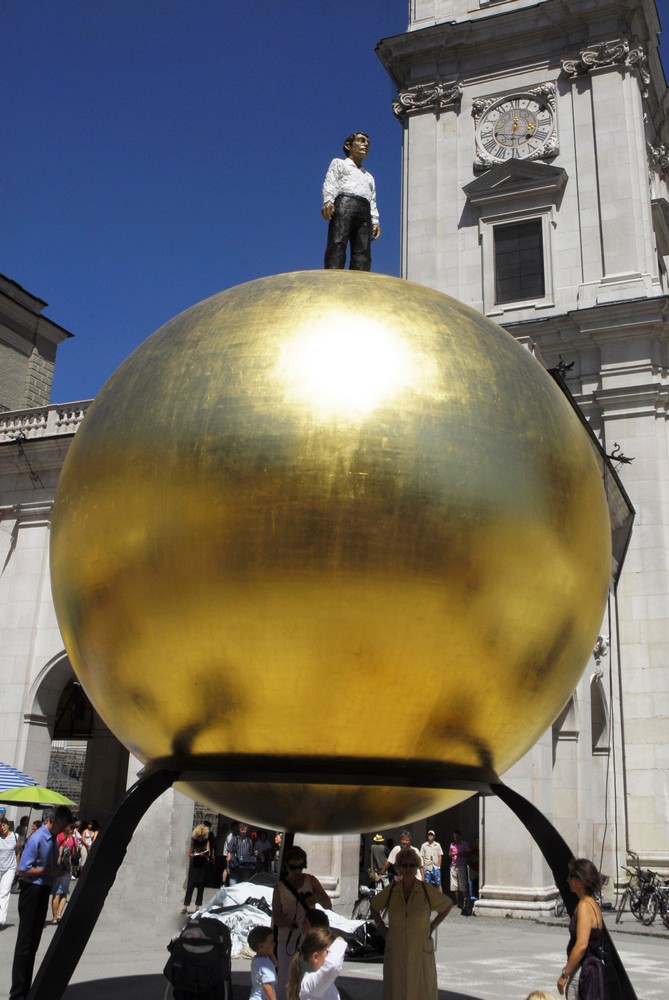 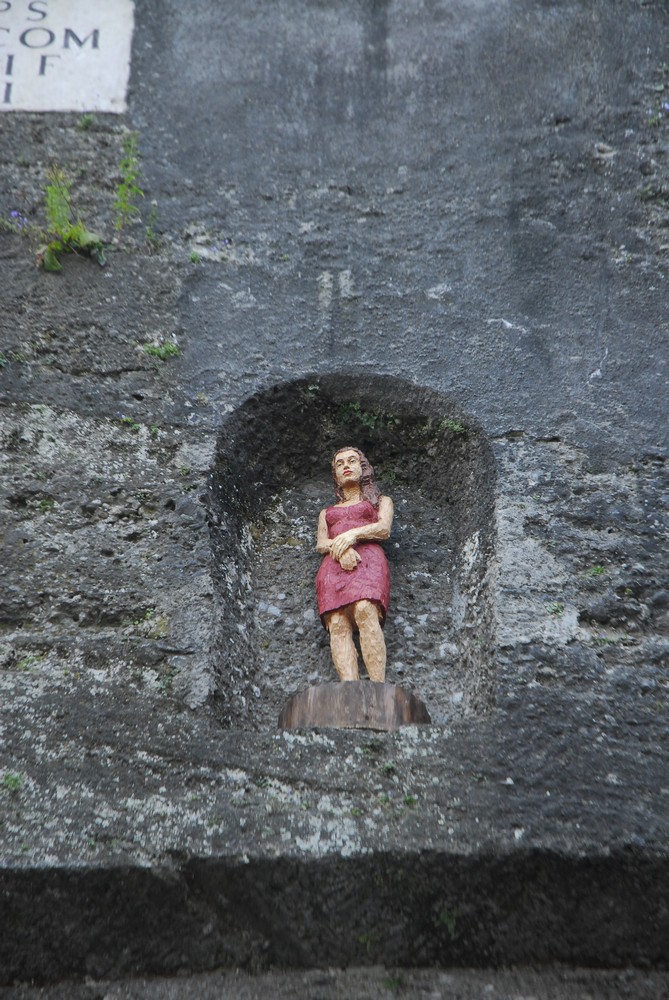 Seite zurück
PLUS TWO | Contemporary art from Bulgaria and Romania