“A monument is a sculpture whose function is to commemorate a person, his influence, his work, and his personality. In addition, it should be a convincing work of art. This is the balancing act the artist must perform here.”

Fot the 4th Bonn Art Project the sculptor pays reverence to the painter: Stephan Balkenhol has fashioned a work for Bonn’s public space celebrating the memory of August Macke. It is the first monument ever built in honour of the expressionist painter, who spent his artistically formative years and created many of his seminal works in Bonn, which also houses a museum dedicated to showcasing his work.

The 4.5-metre-high pavilion with a glass roof, inside of which stands an over-sized bronze sculpture is publicly accessible. 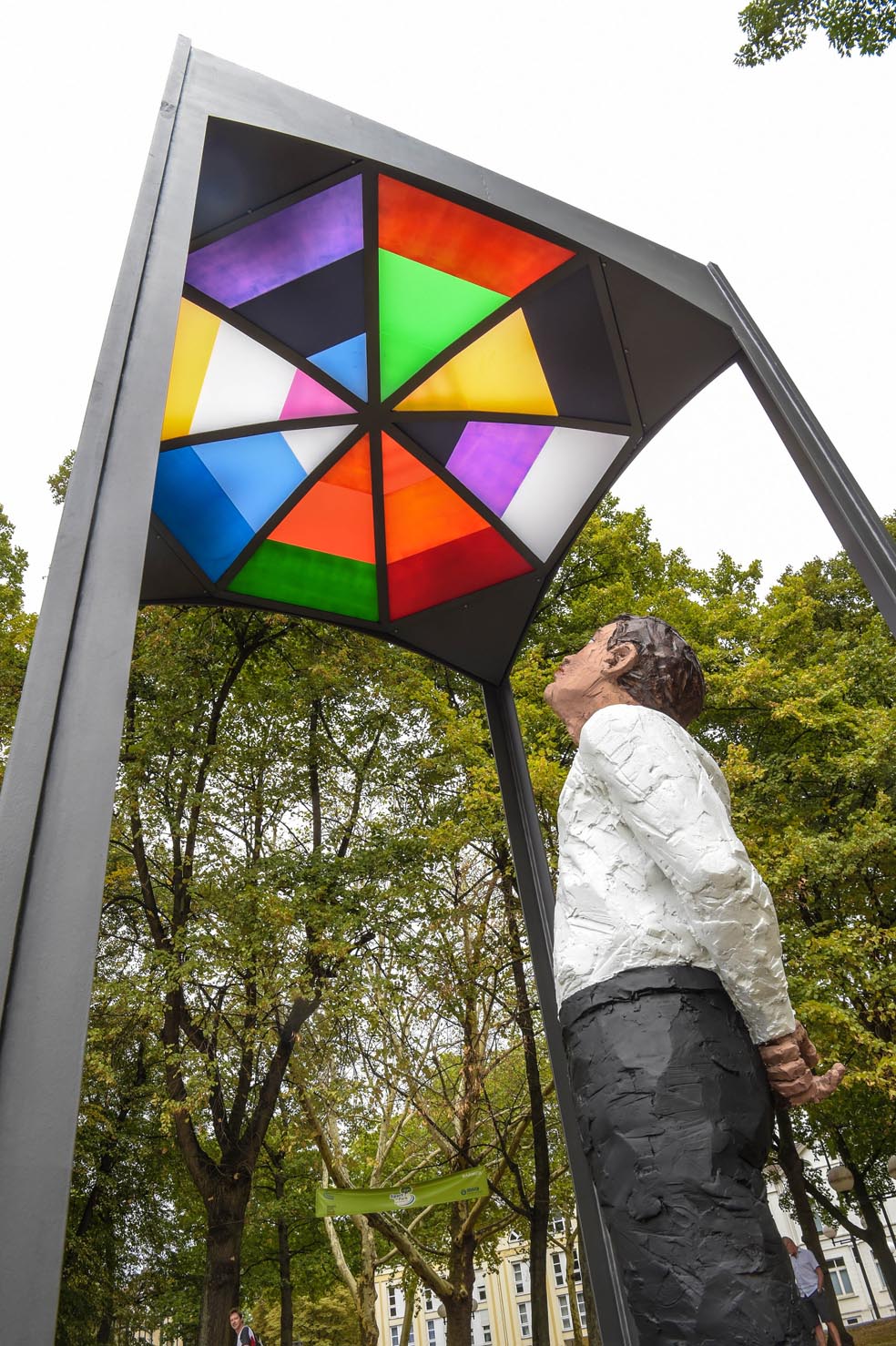 It is a prototype of Balkenhol’s universe of figures. An ageless man clad in black trousers and a white shirt, exuding an inner tranquillity and devoid of any suggestion of movement or narrative attributes. Balkenhol’s human figures are characteristically neutral and undefined, their quintessential core always remaining concealed. Alone a thin moustache alludes to our traditional image of August Macke. Thus rather than reducing the painter to his physique, Balkenhol commemorates his work, and the actual centrepiece of the sculpture is the coloured sky.

“For me the challenge was to give sculptural expression to Macke’s approach to his art. Rather than fashioning a naturalistic portrait, I wanted to highlight the quintessence of his painting – namely light and colour.” (Stephan Balkenhol)

As he gazes into the firmament, the figure is placing himself in relation to the world; here stands August Macke, painter, seeker. As does Stephan Balkenhol. An artist. A human being. An everyman. Thus Macke is a projection screen for myriad associations, rather than a mere representation.

We wish to thank Telekom AG for its generous support, together with the members of the Foundation for Art and Culture and the Rheinische Friedrich-Wilhelms-Universität Bonn. 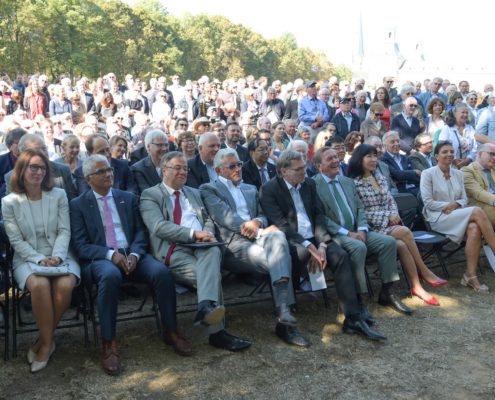 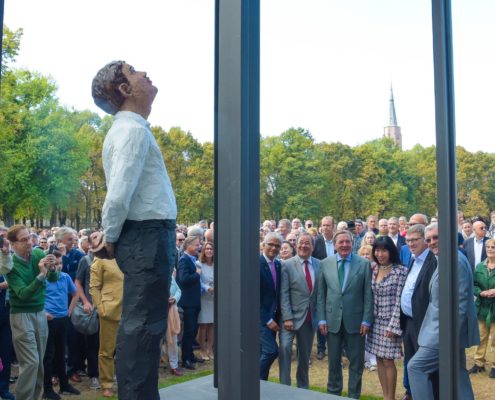 Unveiling of the sculpture on September 2, 2018

Speeches on the occasion of the unveiling on September 2, 2018:

The Lord Mayor of Bonn Ashok Sridharan, the former German Chancellor Gerhard Schröder, CEO of Deutsche Telekom AG, Timotheus Höttges, the Director of the August Macke House, Klara Drenker-Nagels, the Chairman of the Foundation for Art and Culture and artistic director of the project, Walter Smerling, and the Minister President of the State of North Rhine-Westphalia Armin Laschet.